Culture is built around shared values that flow from a common purpose. That’s how we know “These are my People.” These are three that I can get excited about. Building a Kingdom culture that has a clear purpose for both the business and the staff implies three values:

1) Prophetic Agility that listens to people and sees what Father is doing,
2) A Creative Culture that periodically reinvents itself with initiative, and
3) Optimal Systems that implement changes and multiply value.

Of course, Kingdom purpose and implementation are priorities, but these three values help instill the culture that makes it all work. 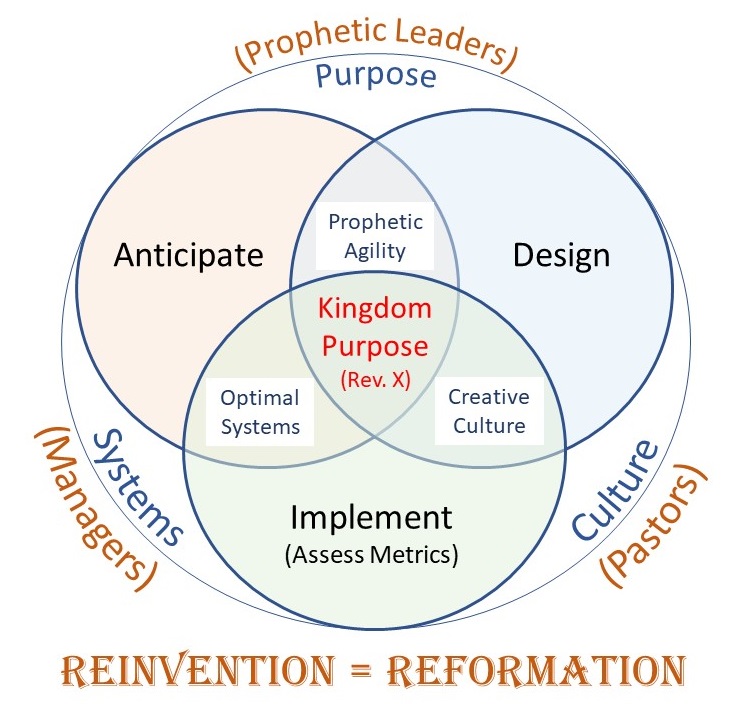 1, Prophetic Agility (Listening) – Prophecy has traditionally been understood as predicting future events in the context of theological sovereignty (God controls everything). However, it is more biblical and practical to think of prophecy as articulating Father’s purpose. He could control the future, but He has chosen not to. We have destinies, but we are not predestined. Therefore, we sons must do our part. Sons with this agility see prophecy as an emerging revelation of Father’s dynamic purpose rather than a navigational fix on a predetermined future.

Prophetic agility is understanding the purpose in Father’s heart and taking responsibility to make it happen, even after failures! Knowing the will of God doesn’t make you bulletproof; it makes you a target for spiritual warfare (sorry!).

Prophetic agility is our maturity to know Father’s heart and still deal with surprises and warfare. Agility is landing on your feet after a direct hit (or) resurrecting after a death blow to your dream. Prophetically agile people often carry the fragrance of death and resurrection. Prophetic leaders are the ones who can anticipate the winds of change in business climate and Father’s Kingdom purpose and get it into words, on mind maps, and in aspirations. They lead on the authority of what’s in Father’s heart. Listening is their priestly skill. Prophetic leaders are clear on the purpose they’ve seen in heaven and flexible on how to implement that purpose on earth.

John 3:8 – The wind blows wherever it pleases. You hear its sound, but you cannot tell where it comes from or where it is going. So it is with everyone born of the Spirit. NIV

2. Creative Culture (Initiative) – Once purpose is known, there is creative space to design a personal or corporate response that will bring Father’s purpose from heaven to earth. Pastoral leaders implement a culture that facilitates creativity; inviting people to connect with their book and create; inviting serfs and servants to become sons and show initiative.

Businesspeople with a mercy, or pastoral, gift are needed for this phase because people are deathly afraid of mistakes (which they will make!). So, we’re inviting people to be courageous and contribute from their creativity, to come out of their closet and do something great! Then, when they succeed, we celebrate them, and when they fail, we console them with a nurturing, safe, and merciful pastoral gift (usually in a management role in a corporate setting).

The level of authority Father has entrusted to sons and daughters is amazing. We’re the ones who are bringing His Kingdom to earth. But it doesn’t stop there; we’re creating a habitation for Emmanuel (Father dwelling with men). A Kingdom Business culture feels like worship because it is! Father’s presence is in the business.

John 20:22-23 – And with that he breathed on them and said, “Receive the Holy Spirit. 23 If you forgive anyone his sins, they are forgiven; if you do not forgive them, they are not forgiven.” NIV

3. Optimal processes (Multiplying Value) – Kingdom businesses create value and compete in a real-world economic system by producing a product or getting a result. We do that by inventing and reinventing the functions of our business to optimize the value. People love to create and contribute. A Kingdom business is the perfect culture for the highest motivation. We’re doing something with Father, and we understand how His heart is in our industry.

Deut 8:18 – But remember the Lord your God, for it is he who gives you the ability to produce wealth (Chayil, value), and so confirms his covenant, which he swore to your forefathers, as it is today. NIV

Gen 26:12-14 – Isaac planted crops in that land and the same year reaped a hundredfold, because the Lord blessed him. 13 The man became rich, and his wealth continued to grow until he became very wealthy. 14 He had so many flocks and herds and servants that the Philistines envied him. NIV

Prophetic leaders highlight the Father’s wind in our business, and we have a culture of people willing to innovate a strategic response. Our business operations bring that purpose to earth in a tangible product or service that blesses people and nations with value. Our Kingdom business creates a profit that begins with Father’s prophetic direction. Then we can feel the Father’s heart saying well done. That’s the nature of a Kingdom business culture. It all starts with Spiritual intelligence and a priority on three values: 1) Prophetic Agile leaders who listen, 2) a Kingdom Culture of creative people, and 3) Well-managed Business Systems that produce value. 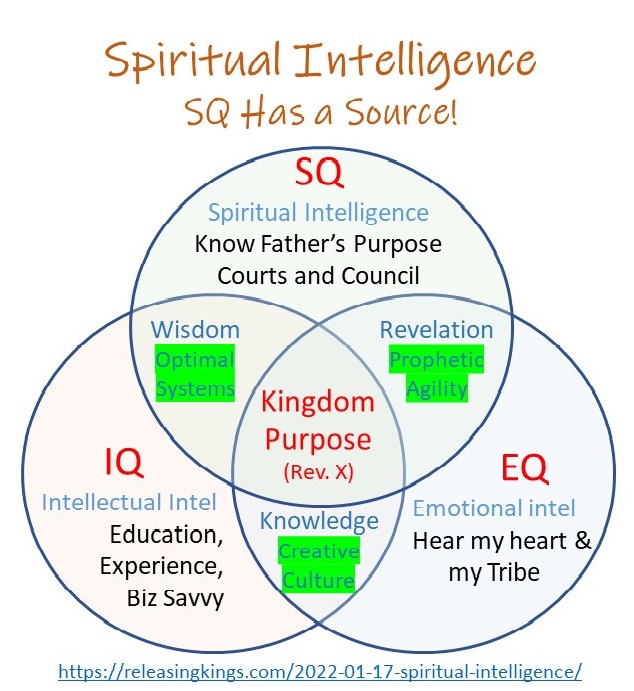 Resources – The purpose of Heaven for each of us is already written in your heart and can be seen and heard in the Council. Your business can shift from a Christian business full of obedient servants to a Kingdom business full of creative and industrious sons who make a difference. We help people and businesses get their prophetic purpose in writing and then make it happen on earth. Taste and see! Tools to get started are here: