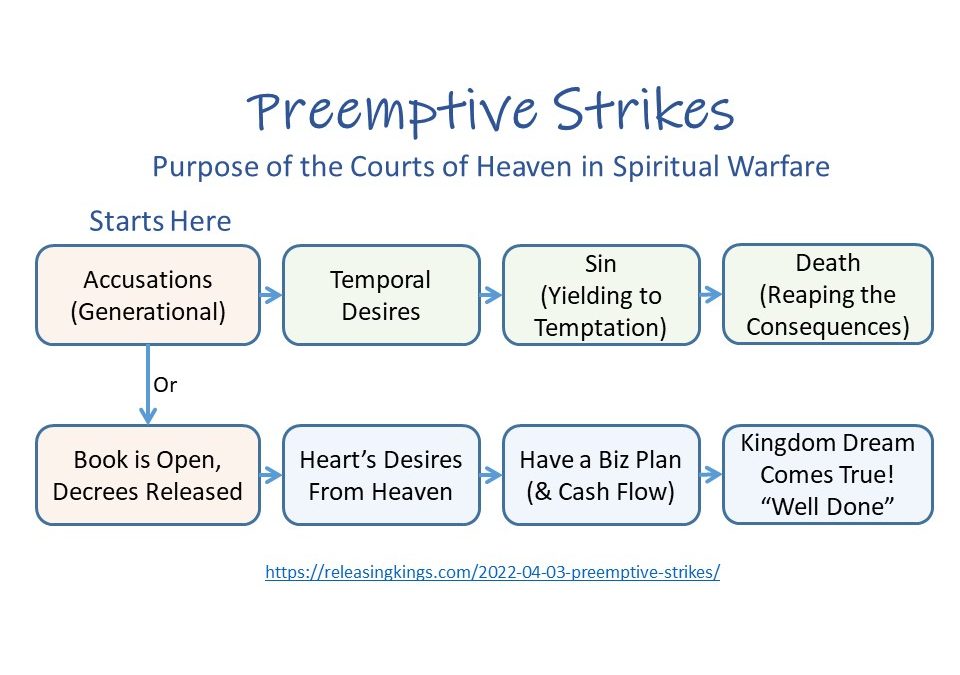 One of the challenges of Kingdom Business is staying ahead of problems rooted in spiritual warfare. Bill Hybels pastored a 24,000 member church, Willow Creek in Chicago, and Brian Houston pastored Hillsong in Australia. Both were vital leaders and household names who fell into sexual temptations and were relieved of their roles. There are 1000’s of similar examples in other churches and other mountains. What happened? What is happening?

These are good people who got in over their heads with spiritual warfare and took a hit. It’s natural for Christians to theorize about some deeply rooted flaw in their character that should have been fixed. Spiritual warfare doesn’t necessarily work that way. And the religious fix of shooting our wounded isn’t the answer. We are all subject to spiritual warfare, and we will also be targeted. This Kingdom key is to see it coming. You don’t have to be a rocket scientist to see sexual sin as a theme in mega-churches, mega-businesses, or mega-politicians.

James 1:13-15 – When tempted, no one should say, “God is tempting me.” For God cannot be tempted by evil, nor does he tempt anyone; 14 but each one is tempted when, by his own evil desire, he is dragged away and enticed. 15 Then, after desire has conceived, it gives birth to sin; and sin, when it is full-grown, gives birth to death. NIV

This progression from tempting desires, to birthing sin, then birthing death, isn’t that complicated. We’ve all been there! What isn’t so apparent is that our vulnerabilities to temptation start with accusations from the enemy. We have our share of misses over a lifetime. We also inherit some generational tendencies that expose us to things that aren’t so obvious and aren’t necessarily rooted in our actions. Some of our ancestral covenants are with the enemy, and some are with God. You and I feel the tug of both our generational compromise and our Kingdom cause. Generational calling from God and ancestral deals with the devil both show up in spiritual warfare.

A Spirit of Repentance – Most of us wait until we sin to repent. However, you can see the train coming even before the temptation at the accusation level. The devil loves to research our generational compromises, and it shows up in the form of an accusation. It’s something you can hear in a prophetic sense, and subpoena in the courts of Heaven (The Holy Spirit reveals what it is and where it came from).

I once believed that enemy accusations were lies that should be ignored or rebuked because the devil is a liar. But demonic accusations have roots in truth. Our spiritual warfare strategy is to agree with our adversary quickly (Mt 5:25) in the Courts of Heaven and take them to the cross – before anything is birthed.

That same redemptive act releases your book in the spirit and the decrees we can invoke to bring it to pass. We all have books, and often those books and callings are not released until we break the accusations around them in the Courts of Heaven. We are not waiting for God to make our life calling come to pass. Nor are we waiting to be surprised by sin and death. We’re in the Courts and Council on a preemptive strike that is the strategic backbone of our spiritual warfare.

Gaining a sensitivity for accusations and spiritual warfare is a spirit of repentance. So, we’re keeping the slate clean and intentionally getting clarity on our book at the same time; ahead of time! Knowing your purpose (book) and engaging with what Father is doing (Jn. 5:19) is proactive spiritual warfare. You will be more than a conqueror instead of a causality of spiritual warfare.

Resources – The purpose of heaven for each of us is already written in your heart and can be heard in the Council. Your business can shift from a Christian business full of servants to a Kingdom business full of sons who make a difference. We help people and businesses get their prophetic purpose in writing and then make it happen on earth. Taste and see! Tools to get started are here: