The Fallacy of Guru Greatness 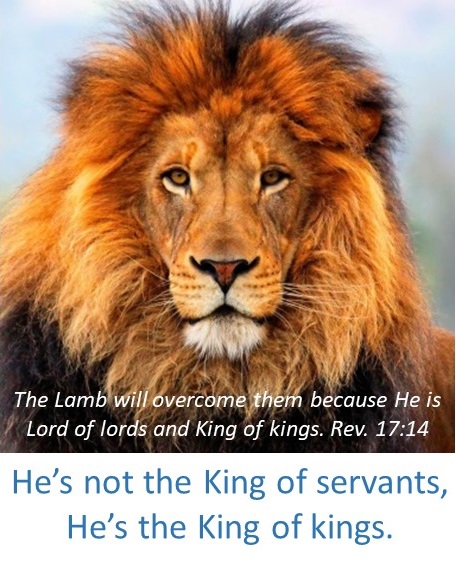 The concept of discipleship implies followers and leaders. It’s entirely appropriate when we are young in the Lord. However, the ultimate goal is that God wants to be the Father of His own sons, the ones for which all creation has been waiting. He wants to share the power of His Name with family members like sons, but he hasn’t delegated His desire to have conversations with you. He’s not too busy and neither are we.

The little people (sheep) – The psychological need of a disciple is, “Will you take care of me?” The child-like attitude in two popular terms, surrender and service, maintains disciples in perpetual immaturity. Eventually, the cloud moves, and we mature from servants and sheep to sons. Jesus did mentor his disciples for 3-plus years, but a day came when He said, “I no longer call you servants!”

John 15:15-16 – I no longer call you servants, because a servant does not know his master’s business. Instead, I have called you friends, for everything that I learned from my Father I have made known to you.

Surrender becomes accepting the promotion and prosperity that God has in mind for sons and contending for it as though it is land with our name on it (It is!). We surrender to the great destiny in our book (Ps. 139:15-16).

Service becomes pulling other people into the purpose and greatness that God wrote in their hearts. The days of serving earthly masters and working outside our hearts are over. We work with people who share the purpose and dream God wrote in our hearts. We respect people who work on their purpose and dream. “Servant leaders” who invite you to serve others are really inviting you to serve them. It’s time for a jailbreak! Jesus is not the King of servants, He’s the King of kings.

Leadership is setting people free from surrender and service to human fathers and dead works. We cooperate and co-labor with lots of people and experience the joys of tribe, but we don’t worship them anymore. We carry unique and living purpose, and we are sons of a Father with a plan. We’re no longer “under:”

Christians are not copies and callings are not franchises where we all share the same generic, evangelical purpose. As seen in John 15, servants don’t have a plan, and sons do. Sons are willing to sign up for responsibility, initiative, and engagement in their culture because they have experienced  and seen a clear purpose in heaven. They don’t view promotion and prosperity with pride or trials and warfare with shame. Sons know “purpose” checks all of those boxes. They know that as sons, they receive glory in life that is given to their Father in worship. Sons are not monks in monasteries; they are champions of purpose and leaders of mountains in cultures. Jesus is not ashamed to call them brothers because that’s exactly what they are. They can ask “whatever.” They can forgive sins and do greater works that finish the course. Sons do exploits that exemplify purpose and unveil glory. Sons are an extension of God’s family and they carry the family name, “Jesus.”

John 20:21-23 – As the Father has sent me, I am sending you.”  22 And with that he breathed on them and said, “Receive the Holy Spirit. 23 If you forgive anyone his sins, they are forgiven; if you do not forgive them, they are not forgiven.” NIV

What is my purpose? – There is no canned answer to that question. You have to ask God, and it’s intentionally hidden so that you have to seek your Father. However, we can help you transition to your kingly role and search out the matter by asking your Father (www.OnlineHeartPlan.com).

Eph 3:20-21 – Now to him who is able to do immeasurably more than all we ask or imagine, according to his power that is at work within us NIV