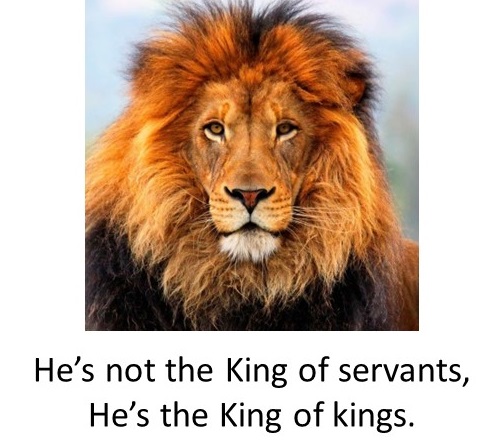 Most of us were raised with a concept that God is High, Holy and He resides in heaven to sovereignly reign over ant-like people who continually struggle with problems. Since I viewed God as distant, I never fully grasped the impact of these concepts of proximity with Him:

John 15:15-17 He calls us friends instead of servants, and makes known the Father’s business

Eph. 2:6 God raised us up with Christ and seated us with him in the heavenly realms.

1 Cor. 3:9 Jesus did what he saw the Father doing and we are called co-workers

Rev. 3:20 He knocks on our door and offers to eat with us – conversation!

Rev. 4:4 John saw 24 other thrones around Jesus and the Father

The first Divine Council – There is something in the heart of God that He surrounds himself with councils and friends and co-laborers (from the beginning). I recently read The Unseen Realm by Michael Heiser; it is must reading that I highly recommend. When God said, “Let us create man in our image,” He was talking with His council. When the sons of God married the daughters of men and created the Nephilim, some of His council fell into rebellion (Gen 6). They were still present after the flood to help with the tower of Babel, so God confused their languages. He also let them have the nations they were assigned to rule and just kept Jacob (Israel) for Himself. The reason the nations still rage against God is that those same spiritual entities have literal roots in a rebellion against God (the powers and principalities from Eph. 6:12).

When the Most High gave to the nations their inheritance, when he separated the sons of men, he fixed the bounds (nations) of the peoples according to the number of the sons of God.  9 For the Lord’s portion is his people, Jacob his allotted heritage. Deut. 32:8-9 RSV

“‘Why do the nations rage and the peoples plot in vain?  26 The kings of the earth take their stand and the rulers gather together against the Lord and against his Anointed One.’ Acts 4:25-26; Ps 2:1-2

Those giants were still present when Joshua was killing them to possess Canaan. In 400 short pages, professor Heiser masterfully shows how this thread appears throughout the redemptive theme of the Bible.

In both the Septuagint and the Dead Sea Scrolls, Deuteronomy 32:8-9 refers to a time when God divided the nations of the earth among the “sons of God” (Israel is excepted as the special possession of God Himself.) Given the meaning of this phrase in the Book of Job, it is suggested that this is a reference to the origin of territorial spirits who were, at one time, angels administering the earth on God’s behalf. Wagner appeals to F. F. Bruce, who points out that the Septuagint reading “implies that the administration of various nations has been parcelled out among a corresponding number of angelic powers.”

What’s the Point? – All creation is waiting for the new sons of God (Rom 8:18-25) to join the divine council and replace those who fell . . . and replace their rule over the nations, which belong to God. He is bringing many sons to glory (in this life) for a purpose – the great commission. It’s our job to disciple nations first in the spirit then in the natural. We are called to bless nations by our ministries in the seven mountains of culture. Jesus is the firstborn of many brothers whom He is not ashamed to call friends. Why? We are the sons called to be part of His council. That’s the message behind all the intimate language: thrones, crowns, friends, sons, brothers, Kings and Priests, co-laborers, sharing His glory, reigning with Him, etc. Because the Nations belong to the Father, they are also the inheritance of His sons (us).

I will proclaim the decree of the Lord: He said to me, “You are my Son; today I have become your Father. Ask of me, and I will make the nations your inheritance, the ends of the earth your possession. Ps. 2:7-8

Yes, but how? – I’m not really a desperately, wicked sinner anymore. Since I’ve been redeemed my identity is King. He’s the King of kings, not the King of servants and sinners. I know that God values His relationship with me in the sense of inviting me to His council. He values my heart’s desires. He invites my initiative and welcomes my participation in the Kingdom. We are part of His army, His Kingdom, His Kings and Priests and His heavenly council. Before it’s over, we’ll even judge angels. I know His business and put His Kingdom first. I’m happy to be part of this grand scheme to disciple nations and fill the earth with His glory. There are literal giants still present for us to overcome like Caleb did. Yet, our Father is often asking us, “What is your desire?” “How shall we do this?” I’m part of a team.

Start the conversation – It begins when we hear this knock for a meal. That conversation and fellowship with the Father leads to a throne. As sons, we carry His Spirit, authority and anointing to change the nations – reformation. We are not really under the circumstances and warfare, we are above them; reigning over them with our Father.

Here I am! I stand at the door and knock. If anyone hears my voice and opens the door, I will come in and eat with him, and he with me.  21 To him who overcomes, I will give the right to sit with me on my throne, just as I overcame and sat down with my Father on his throne. 22 He who has an ear, let him hear what the Spirit says to the churches.” Rev. 3:20-22 NIV

Did you notice the predecessor to thrones is overcoming? All this, in theory, sounds great, but what about my real life right now? None of us is exempt from life’s challenges. Spiritual warfare is real, and we are often reduced to nothing but belief in Him. We are His handiwork created in Christ to do exploits that our Father had planned (Eph. 2:6). The victories all flow from our presence at the council. Whatever we face, we participate in the fellowship and the presence first, then, we take the Father’s heart and His strategy into the fray.

Does everything work perfectly? Look at it from God’s perspective: His first batch of sons rebelled, so after trying to drown them and confuse their languages, He chose Israel as His nation. Israel rebelled, and He divorced them. He sent himself, (in Jesus) to redeem the world and He was crucified. Jesus rose from the dead and birthed the Church. Look at how wonderfully that has worked out! If you’re a bit frustrated, you are not the only one. The future is not all scripted, it’s chaos that sons help make sense of because they share their Father’s heart and His business.

You’re invited! – So, when we face the chaos of trials and disappointments, it is simply a topic for discussion in a council with God (Prayer) and His other sons. There is safety in that multitude of counselors. You will come away from that meeting with practical wisdom, a change of heart and a sense that your Father is with you. We really are winning! The World is better place by every measure. And, experiencing heaven starts before we die. We were purchased to be kings and priests who reign with Him on the earth to help build His Kingdom and bless nations. That door to heaven is standing open now!

I looked, and there before me was a door standing open in heaven. And the voice I had first heard speaking to me like a trumpet said, “Come up here, and I will show you what must take place after this.”  2 At once I was in the Spirit…  Rev 4:1-2 NIV

And have made us kings and priests to our God; And we shall reign on the earth.”  Rev. 5:10 NKJV

For those of you who own a Business, join us at Building A Kingdom Company.