Replacing the Sin Management Model of the Gospel

You can watch the video here.

When we first experience Jesus in our hearts we are all naturally drawn to want to cultivate our obedience and elevate His lordship in our lives. It’s natural and healthy to want to please the father. Most of us struggle to get through issues of holiness. Getting forgiven and staying forgiven seem to be two different things. Most Christians struggle in the beginning to live up to their own practical expectations and break bad habits… to be drug-free, quit smoking, lose weight, get along with others, etc.

It’s during this stage of maturity that we start to think that the whole focus of our spiritual life is to manage our sins. The gospel of “sin management” starts to creep in and our spiritual life starts to erode. Self discipline becomes “policing” our own actions 24-7. Concepts like accountability degenerate to others helping us police our actions… and before we know it, we’re living as servants in a very legal, lifeless and religious system. When Christianity becomes a list of rules, we become very “mental” and distance ourselves from our own hearts. The most basic assumption is that our hearts are evil and we can’t trust those desires. We try to be faithful to same religious routine that is draining us… and eventually fail. It’s at exactly that point of giving up that we have the opportunity to find the real thing!

The Gospel of the Kingdom is different in this one regard. Servants who mature into Kings change their focus to the desires God wrote on their hearts. We all make mistakes and need forgiveness in the course of life. The larger question is, “Do I have a course?” If we’re not focused on our personal dream and calling, all that’s left is sin management and policing the actions of ourselves and others. It’s a miserable existence that separates people from their hearts.

But, when we turn the corner and start to believe that our dream can come true:

“Self-Discipline” becomes the motivation that naturally flows from pursuing our dream. Making changes is simply following my dream and avoiding self-sabotage.

“Accountability” becomes surrounding ourselves with the people who believe in our dream and help us make it come true.

Eyes on the prize – If we can accept that God writes his desires on our heart, and find the place where his desires and ours are the same, then prosperity, blessing, fruit and fun follow in every area of our lives. We get connected with our hearts, and our goal is as simple as becoming ourselves – who God created us to be and what he created us to do. What’s the prize? Be yourself. Do you. It’s a very healthy place to be spiritually, emotionally and practically. Most of us think of Paul’s verse below as straining for something outside of himself. No so. Paul was doing what he loved and what he was created to do with every fiber of his being. He was “connected.”

Not that I have already obtained all this, or have already been made perfect, but I press on to take hold of that for which Christ Jesus took hold of me. 13 Brothers, I do not consider myself yet to have taken hold of it. But one thing I do: Forgetting what is behind and straining toward what is ahead, 14 I press on toward the goal to win the prize for which God has called me heavenward in Christ Jesus. 15 All of us who are mature should take such a view of things. Phil 3:12-15 NIV

How do I find my dream? – Imagine that you’ve been forgiven for all your sins and they are lost in God’s sea of forgetfulness as far away as the east is from the west. God himself has no memory of everything bad you’ve ever done and every mistake you ever made. Now imagine you’ve also forgiven every person who ever wronged you and every circumstance that has gone against you. Is that possible?

The result is that what’s left of our history is a perfect tapestry that points clearly to our real destiny. God’s redemptions and resurrections flow into every setback, and it is merely preparation for something far greater that aligns with the destiny God wrote in our hearts from the beginning. Understanding the purpose God can redeem from your history is a big part of seeing your own trajectory into your future destiny. One of the keys in our coaching process is to help people “exchange” a negative view of some part of their past with God’s view. He probably didn’t cause it, but he can certainly resurrect it. Getting the prophetic insight on how God has redeemed your past for His (and your) own purposes is a doorway into your life purpose and destiny in the Kingdom.

We trust the Lord to resurrect something great out of the ashes of our disappointment and the opportunities that have been delayed or lost. I am afraid to complain to God because throughout my life whenever something bad happened, God himself intervened and did something much better. I’m “confident” in God… and I’m just plain confident for some very good reasons. 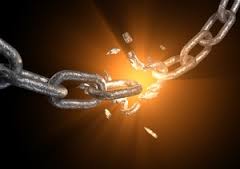 Every time the enemy has tried to steal something, God has intervened and protected us and blessed us and given us something even better. He will not fail the desire of our hearts. We can believe it together. God has already resurrected 10 situations in your life. Write them down… They will help point to your future.

For I know the plans I have for you,” declares the Lord, “plans to prosper you and not to harm you, plans to give you hope and a future. Jer 29:11