Whether God allowed my trial or caused it makes no difference to my heart. I’m trusting Him to protect me from calamity… and he doesn’t. What if God really doesn’t control “all” of time and circumstances and He is not the one who authors or authorizes our tests? What if Kingdom warfare is real and I’m not a rat in a cosmic laboratory being tested for heaven? What if God is really on my side and grieves with me when things go wrong?  What if sovereignty means God controls whatever he decides to and he makes room for us to manage the rest? God has given us great influence over shaping this world into His image because of the power and calling He’s invested in His sons. That’s why He’s the King of kings. It’s our portion to rule and reign with Him.

I was afraid that in some way the tempter might have tempted you and our efforts might have been useless 1 Thess 3:5 NIV 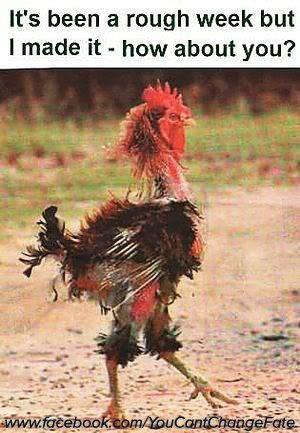 What if, instead of watching from a distance to see if we pass or fail, He is surprised and compassionate regarding our loss and suffering… planning our resurrection without having caused, allowed or planned our death.

A story – A friend wrote this in the context of this discussion, “This is my biggest struggle right now. I am still dealing with trauma for things not going right, mad at God, and afraid to fail again. Afraid to trust because He disappointed me in the past, but afraid to move forward because I can’t figure it out and don’t want to do something that is not His will. This is what you call stuck… LOL.”

I wrote back, “I know what you mean, “mad at God.” In 2012, we lost $2M and I went back to work after having the time of my life ministering in the Kingdom. For months I struggled with depression, bankruptcy, confusion and anger. I looked long and hard at where I went wrong (shame). I looked long and hard and why God abandoned me in this loss (blame). After nearly a year the Lord spoke me and said, “You didn’t make a mistake and neither did I.” Stuff happens and God makes a way where there doesn’t seem to be one… to tap into His resurrection without shame or blame. God is not the author or authorizer of suffering and trials. My, and our, stories end well, in spite of warfare!

What is Kingdom like? When God opens the door to Kingdom, He’s allowing the possibility of great victories and great trials. He’s trusting us to make it through the battle taking risks and using wisdom (no longer children). Kingdom exposes “all of us” to two experiences; the power of His resurrection and the fellowship of His suffering. He is the author of every good and perfect thing; the enemy and life in a fallen world is the source of the rest. Kingdom is a place for Kings who share their Father’s heart using initiative and wisdom, not mindless servants expecting direction for every step. Kingdom has risk; the possibility of great victories, inventions, creativity, breakthrough, wealth, promotion, fame, and influence because our God is victorious and so are His sons. We will also experience rejection, resistance, trial, loss, delay and obstacles (which can’t be predicted)… because the battle is real. It’s not an artificial test. It’s not just about us. God doesn’t always get His way… neither do we.

“God causing suffering and trials” is straight out of Calvinism (He controls all and people are sinful). The emphasis on sin, is partly why we translate testing as temptation. As children, we are tempted by our own lusts, but in the Kingdom, trials, suffering and setbacks are part of being in God’s volunteer army; a natural part of spiritual warfare and natural life in a fallen world that shouldn’t surprise us. We shouldn’t translate warfare as personal condemnation or shame as though we or God caused them. Warfare should unite our hearts with our Father, not separate us. It’s a privilege to be counted worthy to suffer shame for His name. The ability to resurrect from failure and resistance is the trademark of believers in the Kingdom. We are not insulated from problems and trials, we are more than conquerors over them.

…after calling the apostles in, they flogged them and ordered them not to speak in the name of Jesus, and then released them. 41 So they went on their way from the presence of the Council, rejoicing that they had been considered worthy to suffer shame for His name. 42 And every day, in the temple and from house to house, they kept right on teaching and preaching Jesus as the Christ. Acts 5:40-42 NASU

We are hard pressed on every side, but not crushed; perplexed, but not in despair; 9 persecuted, but not abandoned; struck down, but not destroyed. 10 We always carry around in our body the death of Jesus, so that the life of Jesus may also be revealed in our body. 11 For we who are alive are always being given over to death for Jesus’ sake, so that his life may be revealed in our mortal body. 2 Cor 4:8-11 NIV

How we handle it – The first reality is that a good share of our Kingdom experience is pure joy and wonderful victories. When a setback does happen, we just start shopping for the resurrection that our Father is waiting to help us with. We’re not blaming God or shaming ourselves. We’re like Caleb, clearing the giants out of our inheritance with gusto, confidence and authority. We stand up under it.

No temptation (tested 3986) has seized you except what is common to man. And God is faithful; he will not let you be tempted (tested 3985) beyond what you can bear. But when you are tempted, he will also provide a way out so that you can stand up under it. 1 Cor 10:13 NIV

I served the Lord with great humility and with tears, although I was severely tested by the plots of the Jews. Acts 20:19-20 NIV

The fragrance – Believers who are battle tested are spiritually deeper. There is a fragrance of Jesus on those who have gone through the fire and tasted His resurrection. It somehow gives us access to levels of anointing, empathy and authority to pull our brothers and sisters through the same experience.

The prophetic – The premise of the prophetic movement is that God knows the future. Prophecy is a declaration of God’s intent, not a prediction of future events which can be random in the natural or evil in the spiritual realm. God’s plans can be delayed or denied by people with free will. Prophetic people are inclined not to take risks in life because they are predisposed to believe that “God is in control.” But, their experiences in life (correctly and hurtfully) suggest otherwise. He prophetically reveals His heart to us because kings are those who cooperate with God to “make it happen.”

Surely the Sovereign Lord does nothing without revealing his plan to his servants the prophets.  Amos 3:7

Vol 2 in Father-Son Theology by Harold Eberle is insightful on this topic.